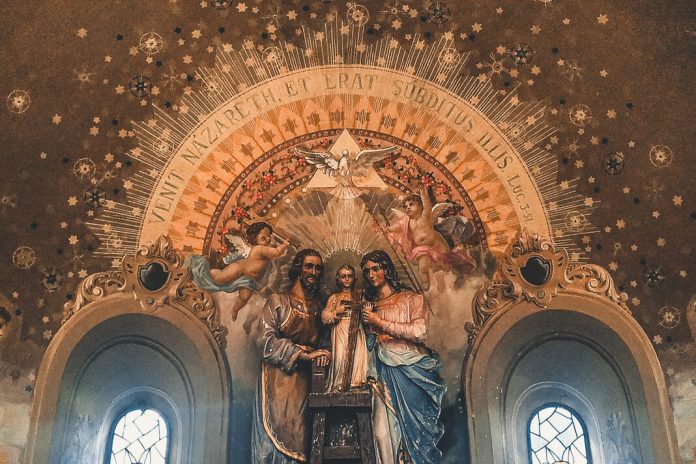 Who is the real Jesus? In Jesus and the Disinherited, Howard Thurman opens with a discussion he’s having with the principal of the University of Colombo about Jesus’s identity. The Hindu principal accuses Thurman of being a traitor to darker-skinned people for his belief in Jesus and Christianity.

How can Thurman, a black man, follow the “white” Jesus whose very identity has been the cause of so many people of color’s subjugation? The man cannot see where Jesus could bring liberation to any aspect of the oppressed lives. Thurman responds by pointing out three facts that reorient the historical objective Jesus (black) against the subjective Jesus (white).

Thurman argues, “Jesus was a Jew in an oppressive Roman society, he was poor, and he was a minority, all these attributes which go against the subjective narrative. White privilege has seized and re-purposed Jesus for profit. Thurman argues that the American Negro and Jesus are clearly connected due to he unjust psychology of the society in which they dwelt. The historical Jesus then is the black Jesus of the disinherited.”

BM is committed to highlighting diverse Black voices. Head over to the submissions page for more details!

The irony of the American chattel slave system is that white Christians enslaved the very Jesus they proclaimed to be God. The use of “enslaved” in this article is meant to acknowledge that a “slave” was not the identity of the people but their condition. The Jesus who renounces all forms of ownership, rejects the Roman government, and challenges the status quo, more resembles those who were in bondage than their white counterparts. In his We Have Been Believers, James H. Evans Jr. goes so far as to say that it is impossible to speak of Jesus outside of the context of slavery and exploitation. How then can a society who oppresses stand alongside the Jesus who is a redeemer, savior, and King? This is why the Christian Jesus is the enslaved Jesus, the black Jesus, the real Jesus.

Enslavers who justified institutional slavery lived a disembodied faith, which allowed for a system which racialized the body, and attempted to Christianize the soul. However the enslaved, like Jesus, bore the marks of witness on their skin; the body could not be separated from soul except as a means of escape, not redemption.

The implications of the black Jesus as the real Jesus implies certain steps to once again reclaim the Jesus of justice.

Oppressive powers cannot and do not lay claim to all knowledge and authority over the identity of Jesus. If the knowledge of Jesus is found within the community of the oppressed then those who are the oppressors, even within the church, must be challenged and rebuked. The actions of the historical Jesus towards justice must become goals to orient the direction of the Church. Otherwise Christians become idea-loving pacifists instead of God-and-people loving activists. Spiritual salvation must first bare the responsibility of physical salvation. Jesus’ resurrection was of the physical body which cannot be neglected in exchange for the soul.

Exposing the real Jesus refocuses the Gospel narrative away from domination and towards deliverance. Who Jesus is for you is directly related to how you treat and define justice for those at the bottom rung of society. From Black people, non-Black people of color, the LGBTQ community, illegal immigrants, women, minimum wage workers, working class and the poor, or any systematically enslaved other, Christ and thus Christians, must define the path of justice. It is only then can we be able to faithful proclaim the words of Jesus reading from the scroll of Isaiah in Luke 4:16-21.

“And he came to Nazareth, where he had been brought up. And as was his custom, he went to the synagogue on the Sabbath day, and he stood up to read. And the scroll of the prophet Isaiah was given to him. He unrolled the scroll and found the place where it was written, “The Spirit of the Lord is upon me, because he has anointed me to proclaim good news to the poor. He has sent me to proclaim liberty to the captives and recovering of sight to the blind, to set at liberty those who are oppressed, to proclaim the year of the Lord’s favor.” And he rolled up the scroll and gave it back to the attendant and sat down. And the eyes of all in the synagogue were fixed on him. And he began to say to them, “Today this Scripture has been fulfilled in your hearing.”-(Lk 4:16-21[ESV])