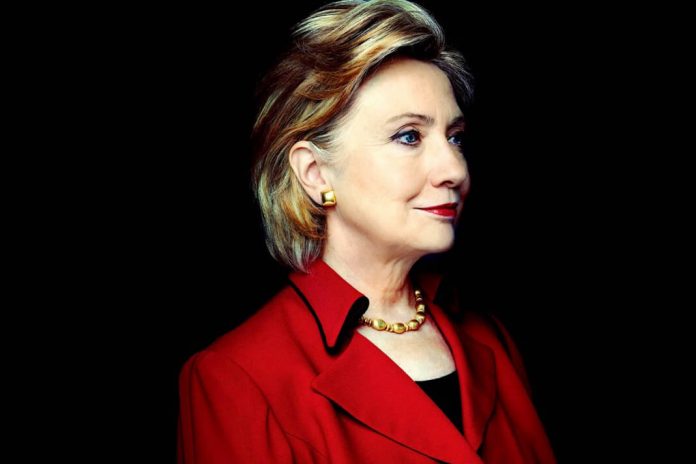 As Hillary Clinton emerges as the likely contender for the Democratic nomination, many neoliberal political pundits and progressive cultural commentators posit that sexism is the primary motive driving criticism against the former Secretary of State.

Sexism is certainly present in this contentious political season, as it’s always been.
Historically, political ascension in industrialized countries is exclusively defined by institutional racism and patriarchy. First World politics is engineered and dominated by wealthy male-bodied white men and the anti-Black misogynioristic immoralities that guide them. In this current socio-political climate, it reigns true that sexism — to some degree — is the guiding force behind *some* of the pushback against Clinton.

But to suggest that sexism is the sole reason that people — particularly Black people (namely Black women) — critique one of the architects of contemporary mass incarceration is dismissive and absurd. Hillary Clinton’s ambitions to prevail in a system bound to neoliberal racist capitalism means that she not only participates, but is invested in violence against Black bodies.

Her vocal support of the notorious 1994 crime bill and neoliberal welfare “reform,” alongside her hawkish foreign policy initiatives that have destabilized countries, dismantled global infrastructure, and killed swaths of Black and brown people across the globe, amounts to Black blood on her white imperialist hands.

And the fact that she is a white women does not give her license to perpetuate these violences.
White feminists are quick to slap the sexist label on folks who are not enthusiastic Hillary. Because white feminism is a lackluster value system that denies reparative justice and ignores intersectional analyses. In their myopic pursuit of gender “equality,” white feminists disregard the grievances of the most marginalized ethnic, racial, cultural, and economic groups, and demand our allegiance to their limited worldview.

White feminists demand my excitement for Hillary Clinton’s prospective presidency … and silence my concerns that this white female candidate has incarcerated, impoverished, and killed my People.

In a stunningly poignant article, my Brother Ahmad Greene-Hayes hauntingly captures the violent nuances of a Clinton presidency. Referencing how racist white women formed the Women’s Ku Klux Klan not to challenge male dominance despite their own horizontal oppression, but ignite vertical violence against Black people.

Genius bae Ahmad takes great pain in symbolically unpacking the Klan’s hood; the notorious regalia that is analogous to the racist hatred that post-racial America tries desperately to forget.

In the context of 21st century U.S. politics, “the hood” is not limited to white sheets. In fact, the hood reappears when white women, like Hillary Clinton, continue to enact militaristic violence in black communities and across the globe, but are excused because they are socialized and identify as women.

I am not a sexist because I see clearly that a Hillary Clinton White House could very well mean that my People are*once again* violated. White women, historically and presently, cause harm to Black communities and then hide behind white womanhood to excuse their transgressions.

I don’t need sexism to criticize Hillary. She has an arsenal of anti-Blackness with which I can hang my grievances. In pursuit of her political ambitions, she has exposed her indebtedness to patriarchal imperialism and the ultimate obliteration of my People.