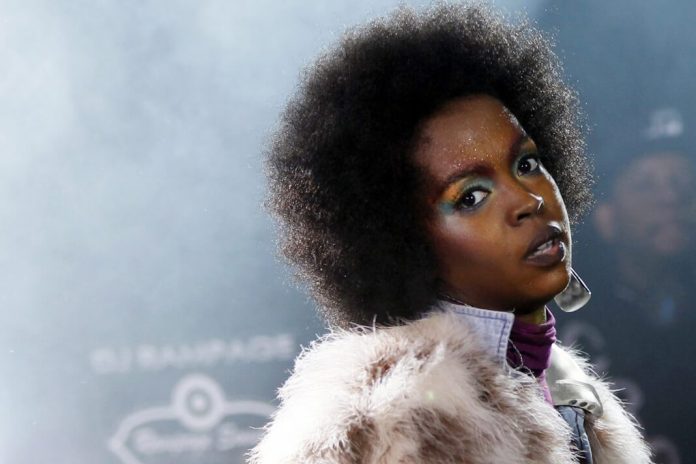 Like many, I regard Lauryn Hill as a powerful songstress whose esoteric artistic abilities are unmatched. Her unrivaled command of her craft is admirable and indicative of a woman whose passion and prowess results in musical creations that are remarkably close to perfection.

The Miseducation of Lauryn Hill is an indelible imprint within the Culture. Her debut solo album is often cited as one of the greatest musical masterpieces of all time. A creative endeavor exploring the political complications of romance, sexuality, pain, and Black pride, I interpret the album as a story that expertly captures the various dynamics that being a Black women entails.

I am a dedicated fan of Lauryn Hill. Her artistic expressions gave me license to cry and laugh; to think about the world around me and my political purpose. She empowered me to embrace my Black womanhood and the hardships and rewards that come with it.

Such is a massive responsibility to shoulder, and perhaps that is why she is frustratingly unaccountable to her fans.
Lauryn Hill is notorious for her substandard live performances. She’s known to show up hours late and to rush through her live shows. Sometimes, she does not show up at all, causing extreme disappointment to the hundreds — if not thousands — of people who paid their hard-earned money to witness her creative greatness. Some allege that her vocals are no longer what they once were; that the songstress can no longer carry notes with the grace she once did.

For these reasons, despite relishing in her musical contributions, I’ve avoided attending her live shows. Until recently, I was subject to extreme financial insecurity. Whatever disposable income I had went to cigarettes and 40-ounces. Sparing a couple hundred dollars to see a creative genius who may not show up wasn’t worth what little coins I had in my bank account.

Her reputation as a latecomer may have prompted this Facebook post. She tried to explain her shortcomings to her fans with language that did little to quell the mounting upset her tardiness has caused.

Judging from the comments, her words rang hollow.

I am nowhere near the level of iconic creativity that Lauryn encompasses. But there has been many a time that I stared at my notepad or computer screen and could not conjure words that adequately expressed my political ideals. There’s been many an occasion where I forced myself to deliver, but my content was lackluster and substandard. There’s been many a deadline missed, many a promise broken … all because my gears were not turning in the direction they should’ve been.

The difference between me and Lauryn is that I don’t charge my viewers hundreds of dollars to consume my talent. I’m also not a global superstar. But I am empathetic to the creative process and know the deep frustration of being out of zone.

And although Lauryn has let us into her world and has invited us into her experience, we need to remember that she is not ours. We do not own her, nor do we dictate her creative pace.
Given her pattern of behavior, it’s clear that the hundreds of dollars her fans are willing to pay include the likelihood that the show will start late. So as fans, we must ask ourselves, is seeing her live worth it? For me, it’s not.

The creative process is oftentimes a selfish one that can’t be fucked with. I sincerely believe that Lauryn loves her fans. But her love for her fans is clearly in stark contrast with her personal artistic needs.

Lauryn told us who she is. It’s our choice whether or not to accept it.

The Rise and Fall of Iggy Azalea