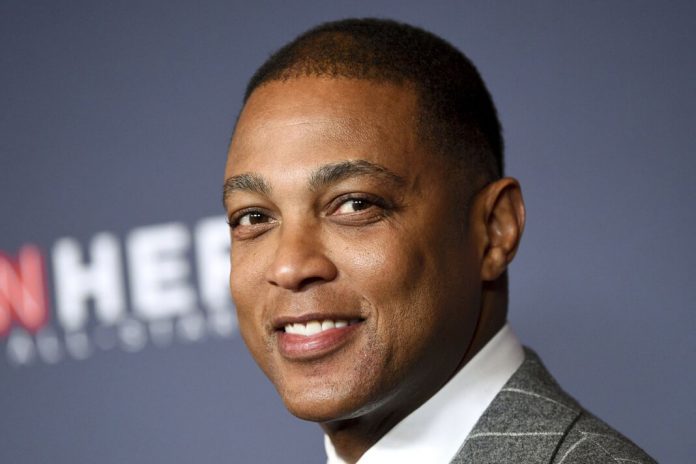 She Rightfully Goes Off on Don Lemon for Trying to Justify Cop Brutalizing a Teenage Girl https://t.co/VZjDxfyFLq pic.twitter.com/jJ26MgjhNt

Don Lemon has made a career of using his coveted national platform to shame Black people. But last night, he took his Uncle Ruckus-ness too far. In (what I guess was) an interview with the noted legal analyst Sunny Hostin, Don Lemon attempted to silence the righteous anger of the legal scholar by arguing that more needed to be known about the violent incident before society rendered a judgment that the officer’s actions were ultimately uncalled for.

This type of hide-the-ball media tactic inadvertently blamed the young Black girl for the ordeal, and is indicative of the prevalent colorblind, coded language that makes innocent Black bodies culpable when incidents like this occur.

Don Lemon is notorious for his anti-Blackness and respectability. For the past few years, he’s used his platform to demean Black communities, while seeing a hefty paycheck to do so.

When CNN Tonight with Don Lemon premiered as a replacement for Piers Morgan’s boring ass show, I was proud of Uncle Ruckus Don. Having a Black man in the anchor seat is a tremendous accomplishment. I also wasn’t familiar with his predilections into the anti-Black absurd.

Following the tragic death of Trayvon Martin and the acquittal of killer Zimmerman, Uncle Don sided with notorious Faux News racist Bill O’Reilly in saying that if Black folk would just pull of their pants and stop using the nigga word, we’d be good in Amerikkka. He also said Zimmerman’s acquittal is a decision “we must accept” before divulging into his form of “tough love” — a manifestation that only serves as a wellspring of exhausted respectability politics that has been disproven time and time again.

Don espoused unriddled respectability politics — the opinions that confine racist oppression exclusively to our behavior, while completely ignoring the systematic forces that function to malign, suppress, and disenfranchise Black people. His five antidotes to racism are: pull up our pants, stop using the n-word, don’t litter, finish school, and not having children before marriage.

He also blamed hip hop, because a musical art form is the go-to Black Boogieman.

But iight, whatever. Let’s move on. Because though his words were anti-Black and problematic, at least he called out the right wing racists who only cling to “Black-on-Black crime” when a white officer or vigilante kills a Black person.

As the resident Token, Don is looked at as a spokesperson for Black people in time of extreme racial unrest. Whether that’s fair or not is another discussion, but what’s completely unfair is that every time he’s thrusted before the national spotlight — when passions are at an extreme high, and Black people are looking for one national talking head who doesn’t mongrelize Black bodies or play into anti-Black stereotypical tropes — Don fails us.

His coverage of Ferguson was atrocious.

From reporting the “smell of weed in the air” in a coded attempt to paint Black protestors as criminals, to disrespecting hip hop legend Talib Kweli, Don has repeatedly reminded us that being Black doesn’t equate to being pro-Black.

And then he tried it Charleston, but Sister SoLove shut him the hell down.

And of course, he held up the infamous “NIGGER” sign … on national tv … to ask if the racial slur were offensive. And he thought this was a great idea. What in the holy hell.

Uncle Don gotta go. He’s been using his platform to spit vitriol against the Black community, buck dance, and shoe shine. He’s made a career off of being a resident puppet for the corporatist white power structure, and we can no longer allow him space to do so.

A recent Change.org petition calling for his firing has over 10,000 at time of publishing this article.

The Progression Of Black Culture

A Guide To The Heathrow Airport Antigen Test