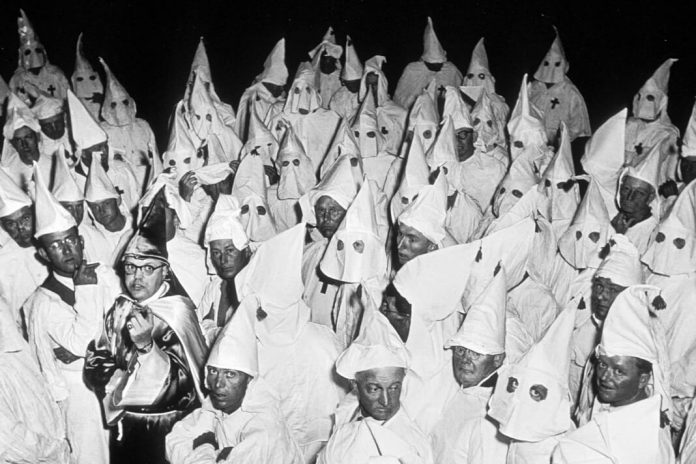 Today in No-Shit-Sherlock, records show that the Dept. of Homeland Security has been surveilling Black Lives Matter activists since Ferguson. (Hi, Jeh Johnson! Hope you got me on my good side!)

But of course, they’ve been surveilling us since we got here. Black people — especially the most politically active of us — have always been regarded with suspicion, to the point where are bodies are subject to extreme, unjust, and obsessive targeting and monitoring.

Who knows when the structural surveillance of Black personhood “officially” began. Perhaps during the colonial era when the Black enslaved and poor whites started to organize against the landowning, rich white elite.

Yea, that happened. Repeatedly. Recognizing that the wealthy white elite had enormous socio-political and economic privilege, with little incentive or desire to relinquish their esoteric power or provide upward socioeconomic mobility for others, the Black enslaved and poor whites began to organize revolts together.

Nathaniel Bacon, a Virginia landowning settler, united Blacks and whites against white landowners who failed to enterprise his selfish and genocidal mission which aimed to expand into “protected” Native American territories.

In order to invigorate their socioeconomic influence, and in an effort to quell a growing problem which threatened their affluent lifestyles and bottom lines, landowning elite relied less on cheap white labor, and more on the African enslaved. As Michelle Alexander describes in The New Jim Crow, slaveowners preferred the Black enslaved from the Motherland, as opposed to the enslaved from the English-speaking West Indies who were privy to European culture, and thus less likely to form alliances with white indentured servants.

Welcome to the birth of anti-Black policing.

White surveillance of Black populations rapidly increased following the nascent of auspicious Black slave revolts. Namely, following the failed freedom coup orchestrated by the prolific Denmark Vesey, anti-Black slave laws were reinforced. Blacks were required to be in the presence of whites when assembling, especially in places of worship.

When Honest Abe finally gave us Negroes the freedom we’d been politely asking for, these slave patrols/police needed to reinstall — or rather, reshape — a racial caste system in which Black surveillance and confinement could ensure profit.

Prisons were an easy entry point. The 13th Amendment allowed for slavery for those imprisoned, and Black freedman and women, needed to survive. Jim Crow and segregation laws essentially forced Black folk to operate outside of the legal system; hence, catching us “break the law,” wasn’t a difficult feat. They just needed to catch us in the act. SURVEIL. SURVEIL. SURVEIL.

The formation of the Ku Klux Klan wasn’t incidental. Many early Klansman were former slave patrollers. Trained in capturing Black bodies, and free from judicial reprisal, the Klan sought to maintain the racial hierarchy by violent surveillance of Black communities. Watching. Stalking. Killing.

The bedrock of this system relied on the mongrelization of Black bodies, and thus the subsequent need to control us — violently.

Despite significant odds, we made it. We made it in law, journalism, business, education, arts, and culture. Our societal growth — though fractured, slow, and incremental — in some respects gave way to the birth of the Civil Rights Movement circa 1950 – 1980.

Remember, the purpose of anti-Black surveillance was to keep us dormant and quell our spirits. But, unlike the colonial era, new “challenges” emerged, thus enabling the expansion of government agencies needed to protect “freedom,” “democracy,” “patriotism” and other American-sounding bullshit catchphrases.

The Red Scare made paranoid, megalomaniacal white people even more power-hungry, vengeful, and bloodthirsty. Thus, the Civil Rights Movement (CRM) and the ideological underpinnings that used similar egalitarian, anti-capitalist language and called for global unity of people of color, made our ancestors and elders prime targets of surveillance.

With more money, resources, public respect, and white manpower, surveillance in this era was turbo-charged with racist, rancid mayo.

The Counter Intelligence Program (COINTELPRO), a covert op of the FBI, is the most notorious and cited example of anti-Black surveillance. Though investigating an array of leftist and countercultural organizations and movements, COINTELPRO was especially heavy-handed against Black radicals.

Since its advent, the FBI’s size, scope, and influence has ballooned. So too has other “intelligence” agencies such as the Dept. of Homeland Security, the National Security Agency, Central Intelligence Agency, etc. Private companies have also gotten into the mix — with tech powerhouses passing on private information for an exorbitant fee.

The tragic events of Sept. 11th allowed for the immoral growth in government surveillance that hyper-targets Black and Brown bodies. The recent rollout of 1,400 NYPD cops (400 of which will “allegedly” go towards combatting ISIS *wink wink*) is an emblem of this anti-Black legacy.

So no, I’m not “surprised” that DHS admitted to surveilling Black bodies. That’s what they — and every government intelligent org — is explicitly charged to do.

5 Things that Annoy the F Outta Me cuz of this Nicki Minaj-Mayo Swift...