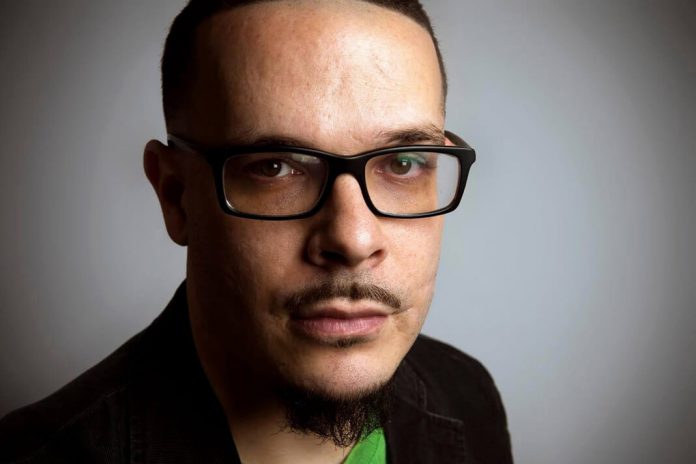 Following the execution of Michael Brown, I dedicated myself to the Movement for Black Lives. I became invested in the struggle to dismantle the surveillance police state, abolish the prison industrial complex, and build a formidable network of independent media outlets beholden to curating radical content from Black creators.

Like thousands — if not millions — I began to follow the investigative work of Shaun King. I didn’t know who he was before Ferguson, but I knew his journalistic contributions on behalf of Black lives were integral to challenging dominant media narratives.

Although not a fan of his writing style, I thought Shaun King to be an emerging storyteller and a diligent fact-checker; a freedom fighter that wielded his pen in pursuit of Black Liberation much in the spirit of James Baldwin, Ida B. Wells, and the scores of Black media makers who used their talents in ways both empowering and transformative.

The first and only time I made contact with Shaun King was through email in September 2015. He had recently launched his Justice Together initiative. At the time, my organizing home was within the Black Lives Matter NYC chapter. However, I followed the star-studded Justice Together project with eagerness and enthusiasm and considered lending my grassroots advocacy experience to the group.

One day, a white appearing woman followed me on Twitter. In her Twitter bio, she said she was a director for Justice Together. As someone who strongly believes that all Black justice organizations should be Black-led, I reached out to Shaun King to inquire about her alleged role.

He answered my email almost immediately and confirmed that she was not a director within Justice Together and asked me to forward her Twitter page. I did.

This correspondence cemented my adoration of Shaun King.
When Justice Together spontaneously collapsed, I was unsettled by the unraveling but reasonable in my analysis. I thought it an ambitious project, and in his enthusiasm and love for Black bodies, ultimately overlooked the time, skill, expertise, and management such a project required. Within that natural ebbs-and-flows of social justice movements, start-up collectives and organizations usually collapse.

When the racist right-wing “news” site Breitbart questioned Shaun King’s racial heritage, I was infuriated. It’s not even worth unpacking how deliberate and racist their motives were for attacking a leader within the M4BL. I was disheartened by the scores of Black people who readily devoured the lies of Breitbart; the skinfolk so easily duped by an outlet notorious for its fear-mongering, hate, and bigotry.

But it wasn’t until Shaun King and Deray McKesson kicked off on Twitter that I began to have reservations about him. I didn’t give a shit about the two of them publicly airing their grievances with one another; I cared when Shaun King unnecessarily and unceremoniously dragged Johnetta Elzie — a frontline freedom fighting Black woman — into the fray.

Fuck that.
Since forever, men have used women as targets in their disputes with one another. Shaun King — a man who positioned himself as intersectional and gender conscious — so readily resorted to misogynoir in a digital spat best defined through egoism.

Following his dalliance with misogynoir, I thought twice about my commitment to him. Sure, we all fuck up, but something didn’t sit right with me. His readiness to throw Netta into the dispute seemed too prepared. In his subsequent apology, he seemed too falsely modest and too defensive. He wrote from a place of anguished victimhood — as if the world was against him and his dedicated following must unify to ensure his success.

Around this time, he began being a vocal cheerleader for then presidential candidate Bernie Sanders. The election was — and continues to be — a phenomenon that exposes the layered individual value systems within the Black community. Conversations about the utility and purpose of voting (or not voting) have dominated the Blackosphere. Most of these conversations are critical and enriching; many perspectives I’ve read and unpacked are thoughtful and profound.

Except for Shaun King’s.
Instead of analyzing his commitment to Bernie, he served as an unofficial campaign surrogate with an expansive platform to broadcast his support. He failed to deliver critical analysis about the electoral process, and instead jumped on the Bernie bandwagon.

Much like the white liberals who have silenced Black voices about Bernie’s commitment to Black Liberation, Shaun King hastily posted pictures of the socialist candidate demonstrating and organizing during the Civil Rights era as a means to silence genuine critiques that Bernie Sanders was ill-prepared to conceptualize and implement policies that directly involve racial justice in the 21st century.

Shaun King’s steadfast celebration of Bernie Sanders was problematic to me; his support read as someone who was desperately waiting on the sidelines for his turn to enter the court. To me, he no longer seemed genuine, and instead seemed tactical and strategic in pursuit of his own self interests.

No longer enamored with him, I began to look for other Black content creators who spoke necessary truths. I found Kirsten West Sivali, Hari Ziyad, the Kinfolk Collective, and Son of Baldwin.

But Shaun King couldn’t be ignored, with a rugged cadre of my friends religiously sharing his latest Facebook posts. What’s been central to Shaun’s success is his cavalier sharing of Black death. Whenever there is footage of a Black person being executed, he is one of the first to share it before his audience. He does not give space to heal, barely issues a trigger warning, and just recently began publishing his videos without autoplay.

There have been many a conversation about sharing videos of Black death to fuel rebellion against law enforcement and the larger white supremacist status quo. Folks who share such content do so with the belief that Black people need to see an execution to galvanize us into action. I am not writing this piece to invalidate these arguments, but I am writing to say that I believe Shaun King plays on such sentiments to benefit himself.

I do not believe Shaun King shares Black death with the noblest of intentions, as he professes. I believe he does so to boost his socio-cultural capital and to justify his coveted job at NY Daily News. I believe that Shaun King is cloaked in self-interest and uses mass popular uprisings to advance his personal and professional life.

Shaun King believes he has ownership of the Movement for Black Lives. He casts broad strokes over the Movement by saying its not “anti-police [its] anti-police BRUTALITY” and then offers some of the dumbest “solutions” to ending police violence that I have ever read. Shaun doesn’t believe in the abolition of law enforcement … instead he thinks that hiring more female cops and requiring that cops have college degrees is the answer.

I’m not even gonna touch on how problematic and ineffective these (and some of his other solutions) are.

And just recently, there was this Islamophobic ultra fucked up headline ….

Despite my feelings about Shaun King, he is a necessity in this Movement. His self-interested viral video sharing does amplify the unseen and unheard Black bodies that are killed by the State. He is a source of updates and information that at times are useful. And that’s important.

But we must hold him accountable and regard him with suspicion. We must impugn the readiness with which he capitalizes off the death of Black bodies. He must challenge his cookie-cutter politic that ultimately serves to reinforce the status quo. We must check him when we claims to represent the entirety of a Movement composed of hundreds of thousands (if not millions) of bodies globally. And we must continue to resist the urge of celebritizing people that claim to be in pursuit of Liberation.