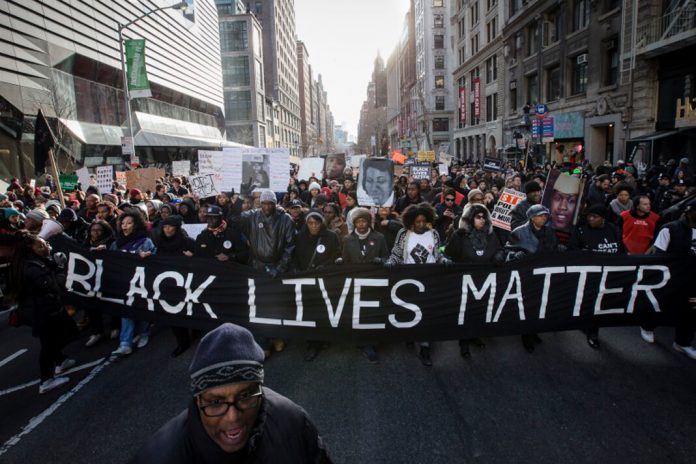 As the Movement for Black Lives continues to capture hearts, minds, and labor of visionaries, dreamers, thinkers, activists, educators, community organizers, and cultural producers, there are some policy wonks, think-tank bredren, and political investors who dismiss pro-Black radicalism as impossible, improbable, and unnatural in the world of white supremacy.

Instead of calling for the abolition of law enforcement, they call for police-worn body cameras because such an initiative is politically palatable and financially feasible. In similar vein, the reformist technicians champion half-measures that are expedient, moderate, and relatable to the functions that navigate routine livelihoods.

The reformists will tell us that our calls for freedom and Liberation are too outlandish and fantastical.

They want us to work within the pentagram of what we (don’t) have, instead of building along the visions of what we want.
The rift between policy and protest is nothing new. There is distrust between the two camps; the protestors view respectable policy-types as self-interested folks who require too much collusion with and reliance on anti-Black bureaucracies and the operatives that guide them.

The policy folks feel the protests are misguided and disorganized; frenetic, disjointed, and ultimately pointless without the inclusion of seasoned representatives and experienced political hands.

Replete with downloads and resources for further engagement, the agenda is action-oriented, foundational, and multifaceted. Protestors can build on and from it, while those geared towards radical policy can work on sustainable implementation.

The M4BL agenda is the fruit of collective labor. It does not exist in a silo, and instead relies on the work of thousands of Black and Brown bodies who have been integral spirits in widespread Liberation work. The platform is an emblem of community building, mediation and healing, ego-checking, and shared responsibility.

I’m enthusiastic about the opportunities this platform presents and am eager to work with those whose labor brought it to life.

SDTM Adam Use To Company Through Supporting Black Movement