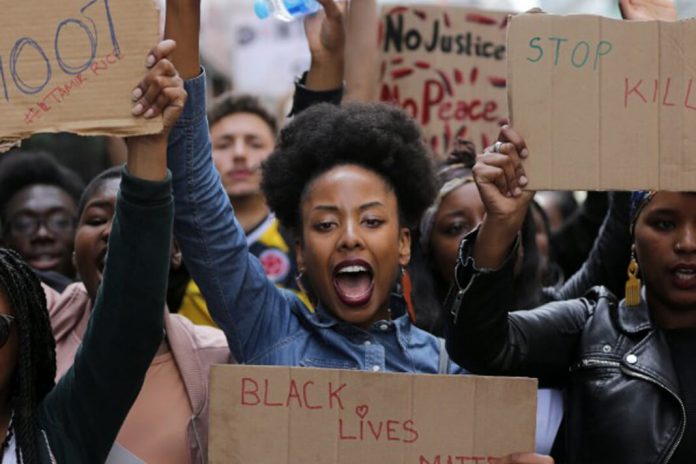 Jamar Clark was killed execution-style while handcuffed in Minneapolis. Black activists most notably affiliated with the local Black Lives Matter chapter and the local NAACP shut down highways and occupied the 4th police precinct. National media is starting to pick up on the local unrest, especially after white supremacist terrorists shot five Black Lives Matter protestors.

In Chicago, video released shows LaQuan McDonald being shot some sixteen times by a white police officer. His murderer has been charged, and thousands are mobilizing. Traditional media is focusing on the clashes between protesters and police, while social media is aflame. The gruesome video (which I admittedly haven’t watched) lives on the pages of many. Heated debate about the discomfiting consumption of Black death and pain is — once again — underway.

Not one to homogenize Black murder and resulting unrest, I can’t help but draw striking parallels to Ferguson and Baltimore. From the expansive number of mass mobilizations and frontline energies, to the tweets of solidarity, frenetic live-streaming, and the viciously heavy-handed responses of the state and its agents, I feel how I felt in August 2014. That the racial justice tides are changing; that pro-Black radicalism is looked upon as the viable, visceral option, while Black puppeteering and media manipulation are rightfully challenged and disregarded.

But there’s a fatigue I feel as well. A draining exasperation that impedes my capacity of pain.

I’m tired of seeing dead Black male bodies consume our peak collective anger.
Black people have can absorb tremendous amounts of pain. We can structurally be denied basic human rights, be tormented by the criminal justice system and its subsequent tentacles, and can watch the whitewashing of our public image in mass media … and still find ingenious and majestic ways to survive. Despite being beaten and encaged in the bottom rung of racial socioeconomic society, we can still laugh, create, dance, and be beautiful.

I’m honored to be Black — to encompass our mystical legacy of survival in a global system that hates us.

But in this love, I must be critical.

Collectively, we are magnetic in our responses to state violence against men … but are largely absent when the state attacks and brutalizes our women.

In recent years, we’ve gotten better. Dajerria Becton, the 15-year-old girl who was brutalized by police in McKinney, TX galvanized our People to respond. Our collective outrage forced white supremacist media to cover Becton’s ordeal. A similar pattern emerged for Shakara, the student brutalized by the school resource officer, and Niya, the fellow student who filmed the incident. Sandra Bland’s mysterious death made its way to the presidential debate stage.

#EveryBlackGirl: An Open Letter to Shakara, Niya, and Black Girls Everywhere
Here’s the pattern: when we collectively show up for Black women and girls, the white power system succumbs.

Pigs get fired. And our Black girls are protected.

But when we don’t show up for Black girls and women, our hardships and harms are silenced. We are discounted and invisibilized. We are made to believe that we don’t matter.

Daniel Holtzclaw, a pig who raped 12 Black women and 1 Black girl is currently on trial. His jury is all white. A quick traipse through a history book will show why such a formation is a cornerstone of white supremacy.

And yet, his terror does not collectively galvanize us in the ways that videotaped executions of male-bodied men do. We do not consistently show up in the streets by the thousands. We do not occupy courthouses. New organizing huddles are not emerging to ensure longterm sustainability against state-sanctioned sexual violence against Black women and girls. We do not live-stream or retweet.

When the victim of police terror is a Black transgender or gender non-conforming being, the silence and non-action are even more haunting.

And there are many reasons for this — reasons that should be unpacked in personal and loving non-surveilled spaces.

This post isn’t meant to compare our collective responses to Black death and violence; it’s meant to challenge and reiterate that selective outrage will not get us free. This post is meant to affirm our People as brilliant and all-inclusive. It’s meant to make us do better.

I will also name that white supremacist media decides who it victimizes. But when we collectively lift up our voices for our women and girls, corporatist media somewhat falls in line.

Be clear: this note is for those who exist on the periphery of the movement. For the Black freedom fighters who courageously come to mass mobilizations, but may not have the capacity, skill set, or interest in gritty community organizing. I write this note with the hope that these folks are reminded that Black women and girls need our outrage, too.