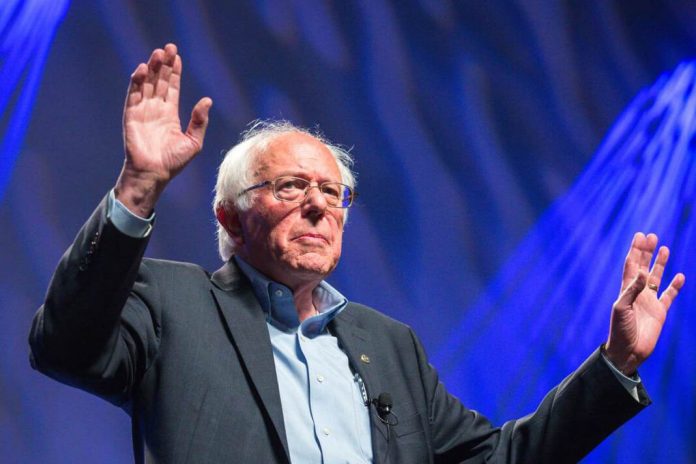 I came into political consciousness in 2008 — the year that then-presidential candidate Barack Obama energized the leftist base with the promise of politics-no-longer-as-usual. I found myself annoyed that I was only a year away from legal voting age, and looked forward to casting my vote in his favor come 2012.

Much has changed since then. Actively pro-Black, I’m more politically conscious, and better versed in how the archaic anti-Black electoral process is unable to address the dire and specific needs of Black communities. I’m disillusioned with this dysfunctional two-party system that relies on overpriced and petulant public relations campaigns designed to exploit the minor differences between the two dominant political parties, while hiding the most anti-Black similarities.

So now, it’s 2015, and the presidential brouhaha is revving up. Voting for Republicans is out of the question – as a Black queer women with insurmountable student loan debt, they hate everything about me …from my body to my bank account.

Democrats are a little more auspicious, but not by much.

Hillary Clinton and her hardened nefarious ties to the elite financial sector, rule her out completely. But of all presidential options, she’s probably the most qualified to uphold, reinforce, and embolden the executive office that functions more as a corporate boardroom, than a transparent public sphere. A political pragmatist with little creativity and a rigid capitalist dogma, she’s perfectly positioned to be Chief Executive Officer of the foremost neoliberal corporate regime in the global sphere.

Ex-Maryland Governor Martin O’Malley seems clumsy and unprepared for high-ranking office. I suspect that this candidacy is more of a publicity stunt than a credible, probable public option. A month ago, I had no clue he was … and now, he occupies an entire bookmarked folder on my laptop.

So let’s focus on Sen. Bernie Sanders – a true liberal underdog, a political rebel, and a man whose increasing exposure and enthusiastic base mirror the energy President Obama cultivated back in 2008. Sen. Sanders, with his demonstrated anti-capitalist voting record and socialist public statements, speaks to the disillusioned – those of us on the left who are personally disappointed by President Obama, and are looking for a warrior who can carry the ultra-liberal torch and do what President Obama (for many reasons) could not.

A year ago — with little reservations and an arsenal of excuses — I would’ve been excited about Sen. Sanders’ prospects. But now, I’m more critical. His big-boy-liberal-lion talk sounds a lot like Mayor Bill de Blasio; touting his civil rights history much in the way de Blasio paraded his Black family for literal Brownie points.

And we see just how anti-Black de Blasio proved – and continues to prove – to be.

Plus, I’m no longer a liberal. I’m a radical. A pro-Black queer feminist one. In the Spirit of Mother Ida B. Wells and Ella Baker, and Aunties Angela and Assata, I look at the root causes of institutional racism, see its tentacles wrapped in and around structural violence, police functions, generational poverty, and sexual assault, and further affirmed by individual agents who masquerade as colorblind post-racialists, Black-to-white power brokers, the unsuspecting, and the un-woke.

Liberals, and their white savior violence, refuse to center Black lives in their social justice framework, and instead dilute their political stance with vague calls for economic reform. This is the sentiment that Bernie Sanders relies upon, and his base — predominately white — readily soaks it up with fervor.

Yes, economic equity is undoubtedly tied to Black Liberation. But police don’t ask for our college degrees, resumes, or net worth when they kill us and blame us for our deaths.

As much as I want to like Bernie, I’m troubled by his discomfort with Black lives. The recent showdown at Netroots amplified his disconnect. After Black Lives Matter organizers demanded that he respond to anti-Black police violence, especially as it relates to Black women like Sandra Bland, he refused to listen.

He tried to silence Black protestors with a stump speech that’s been repeated, regurgitated, and reworked ad nauseam. He then canceled his scheduled talks with Black organizers because …. his feelings were hurt? He couldn’t handle it? He realized that not everyone thinks he’s a darling socialist munchkin? Who knows, because he hasn’t addressed it — yet another failure of his. And then there was the Twitter fumble shortly afterward.

And his base — at least the segment that’s most vocal on social media — is terrible. They obnoxiously take up space, and shove Bernie Sanders’ civil rights record down Black throats to dismiss significant, valid, and current pro-Black demands.

“Bernie Sanders done enough for you ungrateful negroes. He marched with that Dr. King fella. How dare you challenge him! Don’tcha know he’s what’s best for you!”

His most enthused supporters are condescending at best, and anti-Black at worse — they’re white saviors who believe that us Black folk are too stupid or uninformed to make the best political decisions on our own behalf. And this leads me to question what it is about Bernie that attracts such a group.

I have yet to #FeelTheBern. While I think he most aligns with my politic, I still find him problematic because the foundation of my politic is one that’s pro-Black, and his isn’t. Pro-Blackness is a byproduct for him that he’ll push aside when convenient or necessary.

The Progression Of Black Culture