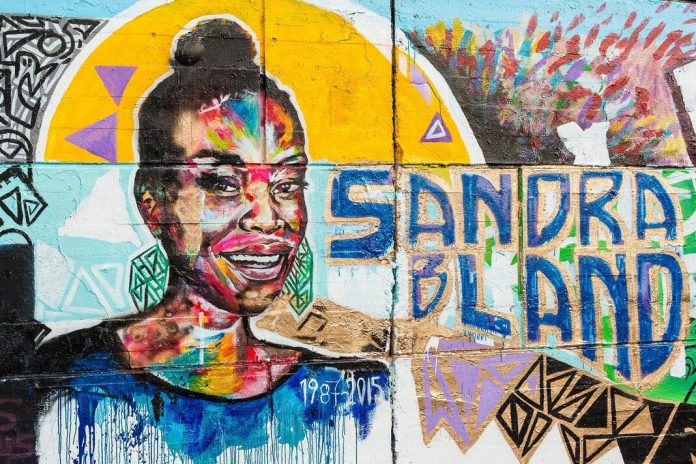 I understand that Sandra Bland’s family asked that no posts or protests be published or undertaken in her honor. While I cannot understand the tremendous pain her family is experiencing in this moment, I do believe that remaining silent will only embolden her killers and minimize the appropriate coverage her story deserves. Especially given Sandra Bland’s public pro-Black statements, I write this letter to her in pro-Black Love, Resilience, and Responsibility.

I do not believe you killed yourself. I believe you were murdered by a predatory, militarized state-sanctioned police unit with an unnatural and sickening propensity for racism and entitlement. I believe that you were tragically caught within it’s anti-Black clutches, and twisted in its specialized hate for Black women.

I understand that mental and emotional health are issues that cannot be adequately assessed quickly or readily. However, I have a hard time believing that you — embarking on a road trip en route to the next step in your career at your alma mater — committed suicide while jailed for a minor traffic offense. You were prepared to post bail, and the timeline of events as told from the Texas police unit that detained you is inconsistent.

Forgive me if this is selfish, but a pained part of me is relieved that your story gained the national traction that it did. All too often, Black women killed by police violence are ignored and by police, mega media, the 77-cents brigade, and even some within our own community. I don’t have all the answers, but I know that misogynoir is the root of our (mal)treatment. We’re viewed as half-human, if that. We know that police, mega media, and white feminist institutions are imbued in anti-Blackness, but in our beautiful Black community, some of us fail to recognize how patriarchy is a direct function of white supremacist racism.

In your memory, I’m committed to getting answers. I will not forget you. I will not allow you to fade in the public consciousness, nor will I stay idle in challenging opposing factions who seek to discredit you, blame you, and support a police unit with a demonstrated track record of anti-Black racism.

You’re a Goddess who walks among our ancestors. Your Spirit, now an indelible force in cosmic nature, I will channel without apologies, reservations, hesitancies, or excuses. You’re Brilliant. You’re Beautiful, and it is with great pleasure and pain that I remember you.