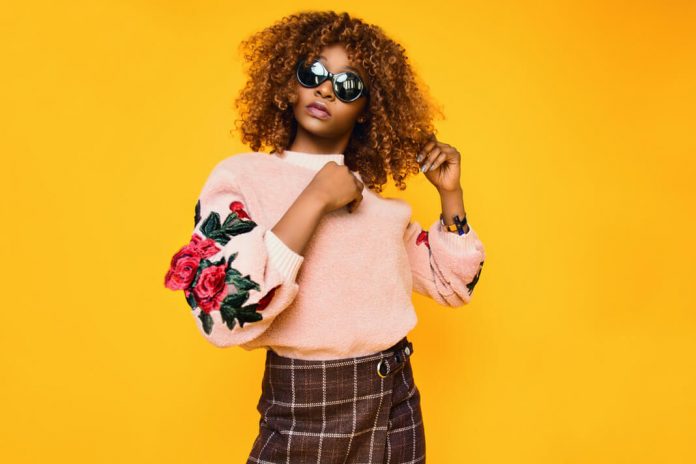 As I was getting into a cab last week, a Black boy no older than 15, made a full 5-finger grab of my backside. A year ago, I would’ve remained silent, but I reflexively turned around, yelled “Excuse me!” and watched him, his eyes full of childlike humor, mumble a non-apology before escaping through a nearby alleyway.

My cab driver asked if I wanted to inform the police who were abundantly and (in)conveniently stationed nearby. My neighborhood is full of police. I sharply refused, as I did not want yet another Black boy trapped within the clutches of a corrupt anti-Black criminal justice system.

On the cab ride home, in what I expect was an attempt to make me feel better, the cabdriver, a man in his late 30s or early 40s, politely and repeatedly remarked on my physical appearance. My anger and disgust — still present and still bubbling — made way for strained and terse responses.

This is 15 minutes of being a Black girl. Imagine a lifetime.

In fifteen minutes, I had to rely on a belief system that tugs on the contradictions and overlaps of Black womanhood. As a Black feminist, I emphasize justice and equity over capitalistic gender equality. But in the white supremacist global construction, “justice” means to call upon an anti-Black police network that is undeserving of a Black girl’s faith and trust.

In 15 minutes, I was subject to the flirtations of a man conditioned to believe that the most appropriate comfort for a women who was sexually violated is to appeal to physical attraction.

In 15 minutes, I impugned my existence. I instinctively blamed myself for my discomfort, and thought of ways I could’ve avoided the entire situation. Despite the thunderstorms, flash floods, and debilitating exhaustion, I could’ve embarked on the 20-minute walk home. I could’ve stopped for a 6 pack, or called my parents to pick me up from the train station.

And although these thoughts lived in me for a short period of time, the simple fact that I entertained them caused me shame.

Black girls and women are ingenious. We find ways to cope in a societal confine that suppresses us to the bottom rung. Our bodies are sexualized and exploited without our consent. Our intelligence is probed, poked, co-opted, and stolen. Our presence, appropriated without hesitancy or remorse.

We’re asked required to place others before ourselves, and are chastised and condemned when we ask demand others to return the favor. We are challenged when we courageously seek space for ourselves. We’re faulty distractions when we highlight misogynoir in Black and Brown communities, and are angry “reverse racists” when we expose the lapses in neoliberal white feminism.

Our labor is always called upon, but hardly compensated. Our needs never met until we meet them ourselves.

To be a cisgender Black girl means I have privilege over my transgender Black Sisters. Checking my cisgender privilege — dare I admit publicly — is extremely frustrating. Unfamiliar with what means to enter space armed with unearned advantages, having to silence myself within the TPOC community is internally infuriating.

Let me be clear: My internalized angst is nothing compared to the structural, economic, political, or cultural violence my transgender Sisters experience.

But as I ask myself nuanced questions that I don’t readily have the answers to, I’m troubled. For example, is it appropriate for me to be upset with Laverne Cox and her failure to defend Amandla Stenberg? Am I wrong in feeling personally slighted, as I believe Laverne Cox gained global celebratory praise from the collective public voices of cis Black women?

Despite the fear, angst, and uneasiness of Holding a Black girl’s body in this white supremacist fuckery, I affirm Black girl magic, brilliance, and beauty. We are a unique force that cannot be duplicated or manufactured, despite desperate attempts to make us so. Our shared culture is a formidable segment within Black unity that reinforces an ancestral bond of collective Liberation.

The cosmic nature of our Being was affirmed by the #GrowingUpBlack. Those shared moments of Black girl childhood, which I thought were isolated within myself, were actually part of a national fabric.

Below is a video of a street action I coordinated as a member of Black Lives Matter: NYC as part of the National Day of Action for Black Women and Girls.

Is Trump Going To Cause World War Three?