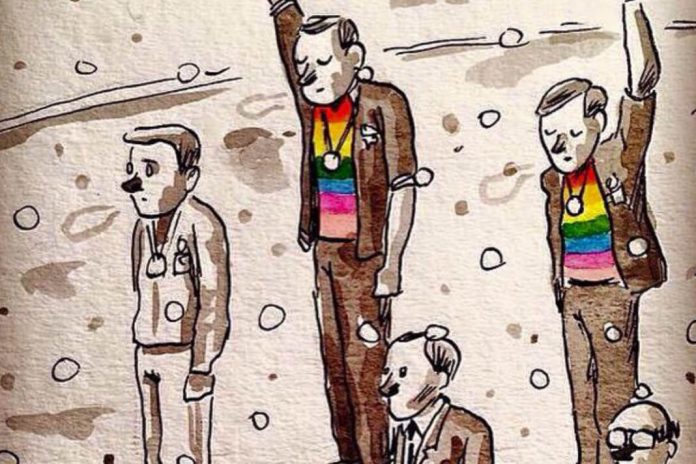 If you were to ask what my greatest social concern was a few years ago, I would’ve said gay marriage. That answer has drastically changed.

I recognize the monumental significance of the Supreme Court decision which made gay marriage constitutional in all 50 states. I honor the decades’ long struggle of achieving federal protections for same-sex couples. I know the battle is far from over when it comes to implementing the decision in contentious locales.

The LGBT Establishment has been extremely hostile to Black, Latino, and indigenous LGBTQ folks. The recent showdown at the White House highlights this point. When Jennicet Gutiérrez, an undocumented Latina trans woman, courageously spoke truth to power, she was silenced by the President and booed by her supposed comrades.

Though President Obama has been violently disrespected since taking office because of white supremacy, anti-Blackness, and good ol fashioned racism, as a cisgender Black man with immense political privilege, his duty was to hold Jennicet as she spoke about confinement and detention of undocumented trans people.

Booed by a crowd mostly composed of white, cisgender gay men, that moment was a snapshot into the history of the gay rights movement; laying bare a legacy of silencing, co-optation, and erasure of QTPOC.

Black Lives Matter activists in Chicago exposed the racist ugliness of the larger LGBTQ movement. In a 17-minute hold up, members of the local Black, Latino, and indigenous queer and trans community staged a die-in to #BlackOutPride.

In a statement, the contingent noted how the Stonewall Riot (1969) — the iconic event that launched the modern-day gay rights movement, was initiated by Sylvia Rivera, a Boriqua trans women, and fueled by Marsha P. Johnson, a Black trans women.

[Together, they] co-organized the first Christopher Street Liberation Day March in New York City to commemorate the queer upheaval against police violence, which toured the lower east side, ending strategically in front of the New York Women’s House of Detention.

We recount this history to remind ourselves not only that the root of our movement as queer people is the militant resistance of state violence in all its forms, but also that the Pride Parade as a tradition is built on the intentional silencing of the members of our community most impacted by that same violence …

The roots of LGBTQ struggle is tied to systematic upheaval — to unravel white supremacist structures that embolden police violence and criminalization, ignore mental, emotional and sexual health needs unique to the QTPOC community, and rely on the financing from predatory corporate greed.

The LGBT Establishment has lost this core vision.

And there’s the daily anti-Blackness. This week, six Black Southern churches burned down — three of which ruled arson. Racist violence against the Black Church is nothing new, but since the AME massacre, Black churches have been especially under attack. The Black Church holds eminent significance in the Black journey. They’re places of safety and sanctuary, community development, activism, political and social education, and organizing. The Black Church has a righteous history of self-defense, self-determination, and community protection … and that’s why they’re being targeted.

In Detroit, police hit five Black children, killing two. A GoFundMe to pay for funeral expenses from these slain children raised $14,000 of its $20,000 goal.

In South Carolina, Bree Newsome scaled a pole to take down the Confederate flag. She was arrested by a Black officer, while another Black state worker was told to raise the flag again … right before a pro-Confederate rally that was scheduled to take place.

Marriage equality (and y’all know how much I despise that word) is no longer my fight. It’s a noble one, but one that I have no space to hold. So forgive me for my nominal cheering. I’m too busy cheering, chanting, marching, protesting, writing, and sacrificing for Black Lives.