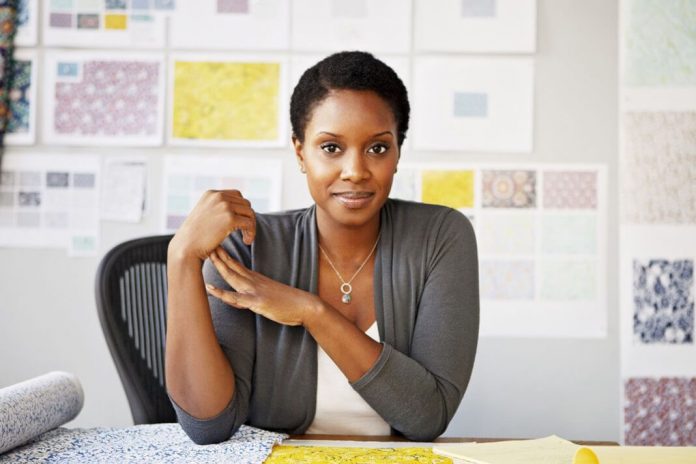 I spent the first 18 years of my life in Seattle, Washington, a city largely known for how White it is. Grunge music, biking, softball, and skiing were as much a part of my cultural arsenal as were Kwanzaa, my dad’s Public Enemy albums, and the pork rinds that my Southern grandfather secretly fed me and my older sister.  So by the time the time I began my first real job out of graduate school, I was accustomed to code-switching my way from nearly all-White spaces to my own private — and more racially diverse — life.  But the professional journey of being “the only one” has been far from easy.

At my first job, I was the only Black person working in my entire building. No one shared my excitement when Beyoncé announced her pregnancy. Or shared my sadness when Whitney died. One time, I went an entire week at work without seeing another Black person.  The only faces that looked like mine were peering back at me from the TV shows I watched at home, in solace. It was rough.  But it was rural Ohio, so I kind of got it.

I’ve spent the last four years advocating for students of color at a predominantly White college.  But my diversity and inclusion commitments don’t protect me from the territory that comes with being a Black face in a White space. I’ve had coworkers disrespect my personal space, been second and third-guessed, and overlooked, sometimes blatantly.  And I’ve faced anxiety about being perceived as a stereotypical angry Black woman.

But I’m making it.  Mainly because I’ve adopted the following 6 survival strategies to preserve my sanity:

Whether you’re the only Black person in the office, or one of few, you may find that there are White coworkers who are down for the cause and who you can actually be yourself around.  Survey the scene and get a sense of who is culturally competent, then get to know those people. Your relationships with your allies will fuel you when you feel disillusioned and exhausted, and you’ll be relieved to know that you’re not fighting a war alone.

If I had to duke it out with every person who told me how well I speak, or told me “they didn’t see race,” I would have been out of a job and exhausted years ago.  Give yourself enough time to gauge how much of your energy this person is worth before engaging in what might be an exhausting altercation.  Always be selective about when to educate someone else (at best), or check them for their transgressions (at worst). Your time and energy are valuable.

Countless studies have proven that microaggressions and full-blown intentional racism can be detrimental to your physical and mental health. Therefore, it’s not an option to suppress or minimize the impact that it can have on you. Cast off the politics of respectability and talk to a friend, hit the gym, or let out a scream if you need to. It could save your life.

Let’s face it, the art of networking hasn’t been passed down through generations of Black folk; we’re still learning. If you want to get ahead and are putting in the work, ask a senior coworker with clout to grab coffee with you. Pick their brain and tell them you want to learn from them. Drop the word “mentor” or “sponsor.” This will help your talents get noticed in the long run, and give you give you an advocate if anyone tries to rock your boat.

If you’ve checked your coworker(s) as constructively as possible, there is no change in behavior, and you want to continue working your job, take it up with your supervisor and file a complaint. If you’ve been documenting the incidents (which you should!), you’ll already have a paper trail to share with them.  If your manager blows off your complaint, take it up with HR.  At that point, you may have decided that this isn’t the work environment for you, but at least you will have done what you can to prevent another employee of color from facing a similar experience.

Connect with your co workers on issues that you’re passionate about, whether it’s family, fashion, sports, baking, travel, or — dare I say it — social justice. Conversations about the smaller stuff can often act as a buffer for sensitive subjects for which your coworkers actually may care about (like race), but just have no framework to do so.  And any opportunity for you to share yourself and connect to others will only protect and sustain your sanity in the short and longterm.