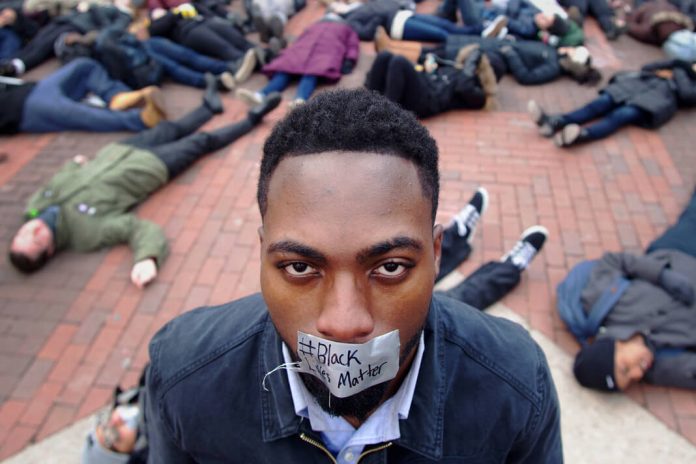 I’m tired. Really tired. I’m tired of fighting against a white supremacist empire that’s adaptive in it’s violence. I’m tired of how easily white supremacist values are held and legitimized by white folks who benefit the most from it, from non-Black people of color who believe that anti-Blackness is the gateway to survival, and from Black folk whose pro-Black spirits have been drained through repeated mental, emotional, and physical oppression.

I’m tired of living in contradiction. I’m tired of fighting against a global system of white supremacy, while wearing clothes sewn from exploited and abused people of color. I’m tried of nourishing my body with cheap and accessible food that was stolen from Black and Brown land.

I’m tired of my friendships. I’m tired of letting go of friends who — as soon as shit got real — were unable to process, analyze, or evaluate oppression from a pro-Black feminist lens. I’m tired of explanations and debates, while my life and the lives of my People are under attack. While our existences are heavily surveilled with no accountability or transparency. While our livelihoods are further jeopardized because we decided to speak up and speak out.

I’m tired of economic insecurity. I’m tired of living paycheck to paycheck because I’ve committed to running a public, controversial, outward-facing platform that speaks vibrantly and unapologetically about Black justice. I’m tired of watching the nonprofit industrial complex become ever more capitalistic and market-based; fattening itself with white people and some non-Black people of color, while I live on the margins of a stretched budget.

I’m tired of trauma. I’m tired of my overall ignorance around healing. I do not know how to begin healing, nor do I know how to make it central to my life, instead of an intermittent occurrence that I periodically give time to.

I’m tired of ego. Both in the activist community and the white power system.

But throughout my exhaustion, I’m still here. A little more knowledgable, savvy, and ready than the day before.