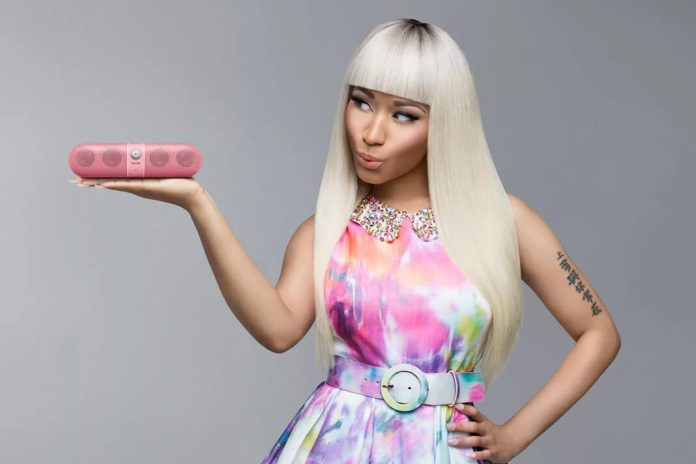 Nicki Minaj and Taylor Swift exchanged words on Twitter. And I’m completely annoyed. Here’s all the reasons why.

1. Seeing rich people go back and forth over something ultimately meaningless is infuriating.

Yes, I get it. Artists who demonstrate talent and indisputable command of their crafts desire recognition for their creative labor. And they especially deserve commendation if their artistic abilities inspire critical thought and reshape social behavior.

But the Video Music Awards, as with many white awards, ultimately holds little weight in the greatest scheme of things. A beacon of materialism, corporate politicking, and superficiality, it hurts to watch Black women crave and value something that was never meant for us to begin with.

I’m not always confident. Just tired. Black women influence pop culture so much but are rarely rewarded for it. https://t.co/2xOvJzBXJX

2. ‘Anaconda’ wasn’t a good video. ‘Anaconda’ was a great song, but the video didn’t live up to Nicki’s lyrical prowess and stainless delivery, or the incredible production.

I’ve written previously that ‘Anaconda’ is problematic for a host of reasons — namely that it’s celebrated as a third-wave feminist hallmark of Black female sexual expression. I fervently disagree. Sexual expression doesn’t come with a corporate price tag. Black women’s sexual identity need not rely on or involve historical white supremacist mongrelized tropes that devalue our bodies for profit.

Nicki Minaj is part of a white male dominated corporate factory — and that’s where this marketing ploy finds itself.

And if I’m being *com-puh-leetly* honest, I don’t want this video praised by a white-centered award show, when the conglomerate industry has a deplorable track record of hyper-sexualizing Black women anyway.

Plus the “Feelin’ Myself” video was so much better because it was inured in supreme Black Girl Magic.

3. White girl fragility, victimhood, and savior-ism. Ew. White feminists are at it again. Playing victim against The Angry Black Woman. Get over it — Taylor Swift brought this upon herself. She took up space with no invite. She interpreted Nicki’s tweet to be about her, and responded on a self-centered assumption.

And in an attempt to mend relations — because white girls forever wanna stay cool with their Black girlfriend — she made the situation worse by offering to share her unearned white privilege.

Girl, bye. And your video sucked too.

I’m baffled as to WHY @taylorswift13 felt the need to come at @NickiMinaj for speaking on behalf of unsung black female entertainers..

Portraying Nicki as crazy, angry, uneducated, unintelligible Black women …while, side-by-side, depicting Taylor in her white girl glory. Over it.

Nothing I said had to do with Taylor. So what jabs? White media and their tactics. So sad. That’s what they want. https://t.co/AfcwoyDvpg — NICKI MINAJ (@NICKIMINAJ) July 21, 2015

Ryan posted a headline of Taylor saying she loves & supports me. But not me saying the same to her. Lol. Their headline says I took a “jab”? — NICKI MINAJ (@NICKIMINAJ) July 21, 2015

nicki perfectly articulated her concern in a calm manner, but of course, gotta further the “angry black girl” trope. https://t.co/BZ68jFHFB6

the difference in how the media addresses nic & taylor is all u need in order to see why nic was saying what she did pic.twitter.com/nCifJtK06A

Yea, remember her? Doctored dash-cam video released today shows the arresting officers were entitled racist disrespectful assholes. But what else is new? I haven’t watched the video, nor do I plan to. But since there’s a million tweets per second from newly-minted feminist warriors, perhaps we can escalate imminent mobilizations around Sandra Bland and Kindra Chapman’s death?

I’m no longer not one of those preachy “you-should-care-about-this, you’re-getting-distracted-by-that” types. As functioning, complicated humans, I have faith that we can walk and chew gum at the same time. So I’m sure that those of you are some deeply invested in this Minaj-Mayo Twitter frenzy, are similarly invested in Black women harmed by intra-racial and state violence.