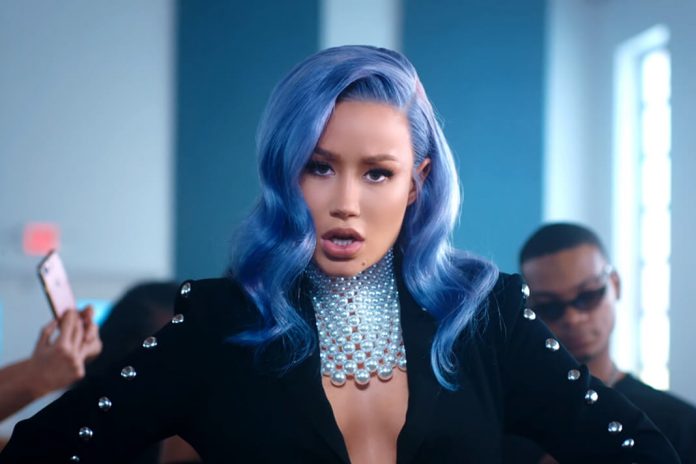 T.I. has finally parted ways with his breakout star. What took him so long?

In 2011, when radio and television personality Charlamagne Tha God said that Iggy Azalea — then fresh off the success of “Pussy” — was gonna be a star, I scoffed. Where he saw potential, I saw an explicit marketing ploy with little sustainability or long term success. 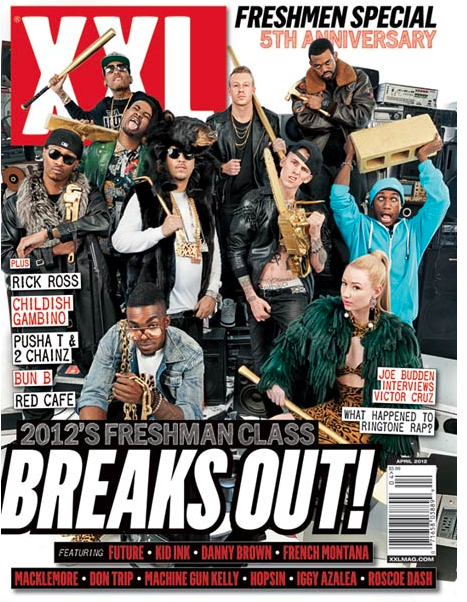 I saw the gentrification of hip hop where white artists with some edge would be pushed before audiences before the audience pushed back. I saw cultural appropriation and cooptation, inauthenticity, and an obvious — if not desperate — attempt to turn a quick profit.

While I was clear in my interpretation of the Australian born rapper, others were not.

“Fancy,” her record breaking single, dominated airwaves in 2014. Clear Channel, the biggest radio outlet in the country, included her in their “On The Verge” program, an initiative designed to give emerging artists optimal exposure to some 245 million monthly listeners. With this coveted backing, “Fancy” was played at least 150 times daily on each of Clear Channel’s 840 stations. “Fancy” topped the Billboard charts for six consecutive weeks — the longest span for any female rapper.

Iggy soon broke records. Featured on Ariana Grande’s smash hit “Problem,” Iggy occupied the top two slots on the Billboard Hot 100, a feat only accomplished by the legendary Beatles. Iggy then bested herself on the Billboard Pop Songs chart when “Problem” moved to Number 1. She is the third artist behind Mariah Carey and OutKast to replace herself for the top slot. Her album The New Classic entered the Billboard 200 at Number 3.

The accolades, invitations, and perks of star power status quickly rolled in. She was nominated for 151 awards, won 31 of them, and was a fixture within the pop culture circuit. Interviews, photoshoots, and endorsement deals lined up to the point where Iggy seemed poised to become an icon.

But with her rapid ascension came impassioned critique. Rapping with an unnatural Southern accent, she was a non-stop controversy; a walking, talking, think piece-inducing oddity within hip hop culture. Iggy Azalea was a source of cultural discomfort — articles about cultural appropriation and new-age blackface were commonplace. Her racially insensitive lyrics — she’s referred to herself as a runaway slave master — were spotlighted as evidence for her cloaked racism.

Black women in particular were vocal. We stood witness as Iggy’s manufactured persona of a down home hip hop chick was celebrated and compensated, while our instinctive existence — one that she sacrilegiously copied and pasted together — was routinely maligned.

Dr. Brittney Cooper sums it up perfectly in her piece for Salon

Iggy profits from the cultural performativity and forms of survival that Black women have perfected, without having to encounter and deal with the social problem that is the Black female body, with its perceived excesses, unruliness, loudness and lewdness.

The criticisms soon mounted in the mainstream, with Azealia Banks leading the charge in a series of tweets. In 2012, she blasted XXL for including the Aussie rapper in their highly regarded Freshman cover.

How can you endorse a white woman who called herself a “runaway slave master ” ?

Iggy Azalea on the XXL freshman list is all wrong.

Quick to silence those who questioned and maniacal in protecting his investment, was mentor and boss T.I. The Atlanta-born rapper signed Iggy Azalea to his label Grand Hustle Entertainment and took significant interest in seeing his artist flourish. With a fragile roster, T.I. needed an indisputable star — an artist who could propel his label into a formidable empire within the cluttered, hyper-competitive industry. Iggy was polished to hold that torch.

Redolent of a slave shielding Missus from BigBadBlackPeople, T.I. was hyper-protective of Iggy. When Snoop Dogg — an artist whose worldwide praise stems from his hedonistic misogyny — called Iggy a bitch, T.I. compelled Snoop to apologize. Snoop (rightfully) did, but his actions were not without a severe dose of irony. In a decades-long career, Snoop called Black women bitches and much worse with impunity.

snoop been calling black women bitches for 2 decades and nobody moved a finger. he calls a white woman a bitch and everybody outraged now.

T.I.’s saviorism too came with irony. While advocating for peace between a legend and novice, a few months prior, he was making violent threats against Azealia Banks. Not one to back down, Azealia Banks perfectly expressed her contention with #TeamGrandHustle in an emotionally stirring interview with Hot 97.

In time, more notable names in the music industry weighed in on the Azalea quagmire. J. Cole was haunting in his words against hip hop’s gentrification. Rah Digga opined that she didn’t find the Australian born rapper believable or knowledgable about the hip hop’s pro-Black political roots. And Janelle Monae was electric in her clap back.

But perhaps the most sage commentary came from Q-Tip, the famed rapper, gifted producer, and prolific member of the seminal Tribe Called Quest. In a string of tweets loaded with references, facts, reason, and principle, Q-Tip expertly translated to Iggy why she was so problematic, and captured the varying dimensions of grassroots frustration with the ease of a man aged in wisdom and experience.

In peak Caucasity, Iggy was the epicenter of tone-deafness, unable or unwilling to concede that her place in hip hop caused fissures due to her lack of cultural literacy. And with T.I. *still* backing her up, and the prophetic Kendrick Lamar infusing god-likeliness into his support, she honestly had no reason to.

This coupled with that troll ass Forbes article offensively titled “Hip Hop Is Run By A White, Blonde, Australian Woman,” led to something more than fatigue but less than hate in Black hip hop consumers. Apathy, indifference, or a desire to see Iggy Azalea disappear from our social media feeds, television screens, and hip hop media houses, best describes the temperament at the close of 2014. We wanted her added to the laundry list of one-hit-wonders who came then went … never to be seen or heard from again.

So Black hip hop enthusiasts moved along. The energetic and fickle fanbase was done with its summer slams and were back to the artists, albums, and mixtapes with staying power. Ostracizing the Black fanbase, Iggy Azalea relied extensively on white mainstream audiences that bought into her schtick. That’s where the money and loyalty were, anyway.

But she soon ruffled feathers in that camp.

She quit social media which is an absolute no-no for a fanbase that loves its pop artists just one tweet away. And then the slate of cancelled shows, and the postponement and eventual cancellation of the Great Escape Tour. Low ticket sales and the inability to procure an opening act are the rumored culprits.

As u may know, the tour is cancelled. I’m so sad and sorry to let my fans down…we’ll be back out on the road when the next album is done.

In June 2015, Iggy Azalea cancelled her appearance at Pittsburg Pride after past racist and homophobic tweets came to light. When slated to headline, prominent LGBTQ organizations pulled out in protest causing Iggy to bow out from the event.

Her biggest fuck up came by way of Britney Spears, the guru of White Girls Everywhere. After their single “Pretty Girls” flopped, Iggy took to Twitter to express her discontent.

@rhuancesarr its difficult to send a song up the charts without additional promo and tv performances etc. unfortunately im just featured…

@ThePopZone my comment is factual, it applies to any song. I dont have to suck the womans asshole 24/7 to be her friend, do i? bye girls.

But of course …. #ItsBritneyBitch
Can’t wait to get back to Vegas. So thankful I have shows for the rest of the year to look forward to… #YouWantAPieceOfMe

Iggy Azalea had no more lifelines. Seeing the stack of cons and red flags grow with each career misstep, yesterday T.I. announced that he will be severing ties with his protégé. Left with a beleaguered fanbase and a series of unrecoverable losses, the Iggy Azalea Project is no more.

It’s hard to imagine what her next career steps will be. She is a professional model and is currently engaged to basketball player Nick Young, so there are certainly avenues for potential success in non-musical arenas. And her white privilege remains — her vantage point into — and inclusion within — Black spaces is a unique qualifier that some institutions of whiteness will find invaluable. Maybe.

But she’ll never be a hip hop artist again. Because Black Jesus snatched the fuck out them bleached ass edges and the church said Amen.